Indian Premier League (IPL) is a tournament that has thrown numerous things to the world of cricket. Players have found the league has a perfect platform to showcase their talent. Be it playing in front of packed stadiums, and competing against the best players, it gives immense confidence to the players.

Because of the competitive nature of the league, only the best players have survived in the league. There have been few who have made an impact straight away. They have gone on to play incredible roles in the success of the respective franchises. Here’s a look at four such players.

The greatest impact that the Indian Premier League has seen must be Brendon McCullum’s 158 in the first-ever game. The entire cricketing fraternity was looking forward to the launch of the IPL. Cricket was predominantly played between nations, unlike Football and Basketball.

So when the concept of a professional T20 league comprising of Indian and overseas players, the fans got excited. The inaugural match of the IPL got off a brilliant start with Brendon McCullum hitting boundaries for fun. He attacked the Royal Challengers Bangalore bowling line-up which had the likes of Jacques Kallis and Zaheer Khan

He ended up with a score of 158* off 73 balls. The innings not only gave a winning start to Kolkata Knight Riders but also to the IPL.

Although Ashwin was bought by Chennai Super Kings in 2008, he got his debut in the last league game of 2009. Defending a sub-par total of 116, he along with Muttiah Muralitharan, bamboozled the Kings XI Punjab batsmen. He ended up with two wickets including the key wicket of Kumar Sangakkara.

The off-spinner then claimed a permanent spot in IPL 2010. Despite bowling in the powerplays, his economy rate was 6.1 only. Later that he year, his man of the series performance helped Chennai win the Champions League T20 in South Africa.

His impact hasn’t reduced over the decade of playing in the IPL. His economy rate of 6.79 is only behind Sunil Narine for those who have 100 games in the league.

Doug Bollinger was signed as a replacement player for an injured Jacob Oram. The MS Dhoni-led franchise was looking for something inspirational to turn up after making a poor start to the 2010 season. It was given by Murali Vijay in the game against Rajasthan Royals, as he smashed a 56-ball 127 to take the total to 246.

Rajasthan’s openers got off to a blazing start, and the key in chasing down the target was Yusuf Pathan and Shane Watson. Bollinger’s impact was evident in the first game itself. Fielding at long-on, he took a spectacular catch to send back Pathan. He sealed the match by hitting the stumps of Watson.

Bollinger’s spells made a major impact in CSK winning the semi-finals and finals of the 2010 season. He continued to be a key player for CSK, contributing to title wins of CLT 20 in 2010 and IPL 2011.

Much like Bollinger, Dwayne Smith was signed as a replacement player for Mitchell Johnson by Mumbai Indians in 2012. The day he flew into India, he was asked to play against their arch-rivals Chennai. Coming in at No:6, Smith hit 14 off the last three balls to guide his team to a stunning win.

His big-hitting was even more impactful when he was promoted to open the innings for the latter half of the tournament. In 2013, he helped MI win their first IPL title. A man of the series performance helped Mumbai win their second-ever Champions League T20 title. 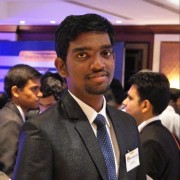 An ardent sports fanatic and a passionate journalist expressing the love for the game.