The Punjab Kings (PBKS) stepped into their new journey in the IPL 2021. The franchise previously appeared as the King’s XI Punjab (KXIP). On Monday, PBKS’s fixture was fixed against the Rajasthan Royals, in their first match of the 2021 edition. Backing their form up from the former season, the Punjab Kings jabbed a total target of 222 in 20 overs.

As usual, their key contributor was the skipper KL Rahul alongside the phenomenal Deepak Hooda. Deepak smacked a handsome 50 off just 20 balls and KL knocked a brilliant 91 off just 50 deliveries. Both of them carried their team from the par score, to set a target of 222.

The Punjab Kings have not only acquired a new name but have also had a change in their jersey. Their new kit has been receiving mixed reviews by the mass over various social media platforms. Many have alleged that PKBS’s new jersey shares a remarkable resemblance with that of Royal Challengers Bangalore’s old kit, in early 2010.

As soon as Punjab Kings set foot in the field, their new jersey was revealed to the entire nation. Upon that, Twitter was flooded with various responses coming from the cricketing fans. Many came to a conclusion that t has been brought in to unleash the likes of Chris Gayle by calling back to his RCB days.

In relation to the controversy associated with the jerseys, spinning maestro Yuzvendra Chahal took a friendly jibe at Rahul and Chris Gayle. Posting a video of Rahul and Gayle, Chahal wrote:

Yuzvendra Chahal’s hilarious yet friendly dig at Rahul and Gayle received tons of response over Twitter. Many loved how the little man-made a hilarious remark on their jersey, without insulting them in any way. His tweet went viral in just a few minutes and is undoubtedly ruling Twitter. Many are talking about Chahal’s humour and the way he introduces it with positivity. 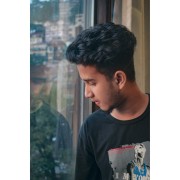