Florian Maurice, the director of Rennes has made a huge statement on young talent Eduardo Camavinga. The club has no plans to sell the 17-year-old midfielder even if they are offered €80m for him. Before, the pandemic Real Madrid were the favorites to settle for French teenager.

The pandemic crisis will affect the transfer plans of most of the clubs.
The Sporting director has made it clear that they have no intention to sell Camavinga and he will stay at Rennes. Rennes finished third in Ligue 1 this season and they’ll play UEFA Champions League Qualifiers for making their spot in Champions League.

Maurice has also emphasised on involving Camavinga in club’s project for next season. They will continue with him for next season and develop him at Rennes. No intentions of leaving him even if 80 million Euros offer is on the table by Real Madrid. Maurice stated that he will hear to the player if he wants to move away from the club, but now he has not heard anything from the player.

Camavinga has 43 appearances for Rennes. He has established himself as a holding midfielder and has been one of the key men for Rennes. Camavinga is said to be one of the best men in this position with the quality of being a world-beater. The 17-year old was brought into Rennes squad last season and has been in the first team, since team.

The Angolan born was Zidane’s first liking as a cover for Casemiro. But, now since the club, Rennes has determined not to. Real Madrid will definitely look for someone else. Currently, Zidane won’t be distracted by getting involved in transfer activity. Real Madrid is on the ultimate stage of Laliga, where they are in commanding position. They’ll also look to do good against Manchester City in Champions League.

With most of the leagues across Europe being in their end-stage, let’s wait for the club and officials to make move for their transfer target. 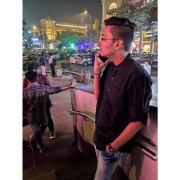