India has defeated Australia twice in their own backyard and now in the last 4-5 years, India is starting to win more consistently even outside India. India did win a couple of overseas tours before this but they have always been considered as strong at home venues and poor in away conditions. But one thing which can’t be argued is India’s dominance at home.

The Indian team has managed to take home dominance to a different level. In the last decade, India lost only one home series in 2012 and since then they haven’t lost a single home series. The last time India lost a home Test was in 2017 and since then India hasn’t lost a home Test. India has all the ingredients to win at home and they have managed to do it consistently. There are a few venues that have been great for the Indian team. So, let’s have a look at the four venues where India has won the most number of Test matches.

The Indian team has played 25 Tests at the Wankhede Stadium in Mumbai and has managed to win 11 out of those 25. They have lost 7 and drawn 7 at that venue. The latest Test match played at that venue was between India and England which the hosts won comfortably by an innings and 36 runs.

The pitch at Wankhede has bounce which has suited our spinners and that’s why India enjoys playing at this venue. With 11 wins at this venue, the Wankhede Stadium is fourth on the list.

Eden Gardens in Kolkata has hosted a lot of Test matches. India has played 42 Tests at that venue and has managed to win 13 of those. They have lost only nine and the other 20 have ended in a draw. The last match played at this venue was the Pink Ball Test against Bangladesh and India won their first-ever Pink Ball Test.

Earlier, the pitch at Eden Gardens suited the spinners which always favours the Indian team but in recent years the pitch has been great for seamers. Even on a green wicket, India managed to defeat New Zealand and almost defeated Sri Lanka in 2017. Eden Gardens is in third place with 13 wins at that venue.

The Arun Jaitley Stadium in Delhi which is also known as the Feroz Shah Kotla stadium is tied with the Eden Gardens at 13 wins. India has played 34 games at that venue and has won 13 of those games.

They have lost only six games and 15 have ended in a draw. The last Test at the venue was a drawn Test against Sri Lanka. The game was interrupted due to bad air quality and later on, Sri Lanka survived on the fifth fay to draw the Test match. After that game, there has been no Test at that venue.

The Indian team has played 33 Tests at the MA Chidambaram Stadium in Chennai. India has managed to win 14 out of those 33 while they have lost 6 and drawn 11. There has also been a tied Test between India and Australia at this venue.

The last Test at this venue was between India and England where Karun Nair scored a triple century. The India-England Test series has started at this venue and the second Test will be at the same venue. India has a great record in Chennai as they have managed to win the most number of Tests at the Chepauk. 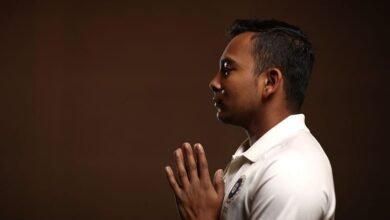