GG vs NW: Ginger Warriors will take on the Nutmeg Warriors in the 9th match of Spice Isle T10 league 2021.

After a perfect season opener, the Generals were up against Clove Challengers in their season’s second game. Being asked to bat first, Generals could only post a par total of 83/5 courtesy of skipper Roland Cato’s 15-balls 27.

In the end, it turned out to be a comfortable case for the Challengers as they chased the target with six wickets in hand. Thanks to Darron Nedd’s blistering half-century 50 off just 17 balls.

On the other hand, Nutmeg Warriors went up against Saffron Strikers in their last game. Being asked to bat first, the Strikers finished with 106/6, thanks to a late 9-ball 32 by Mickel Joseph.

Strikers’ Kem Charles bagged an impressive 4/13 in his four-over quota to restrict the Warriors to a mere 81 and helped his side win the match by 25 runs.

They will meet each other for the first time in the Spice Isle T10 league.

The wicket has proved to be a good one to bat on. Batsmen have scored a lot of runs on this flat wicket, However, bowlers too have had their say occasionally.

With slim to no chances of rainfall, it’s forecasted to be partly cloudy with extreme humidity. 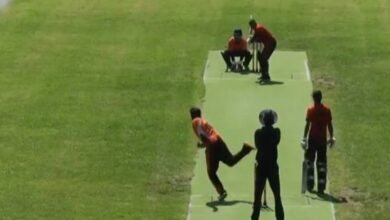 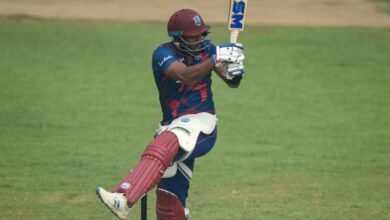