India after crushing the visitors, England, by 36 runs in the last T20I will be high on confidence and at the same time, the Indian team looks to have finally found a balanced playing XI. The biggest plus point from the T20 series was Hardik Pandya getting runs and bowling decent overs at the death. This balance brought in by Hardik makes it possible for the Indian team to choose its strongest playing XI in the upcoming ODI series against England.

The Board of Control for Cricket in India (BCCI) on Friday declared India’s 18-men squad for the upcoming ODI series against the visitors, England, beginning from March 23. India, captained by Virat Kohli, will have Suryakumar Yadav, Prasidh Krishna, and Krunal Pandya with the side. All three matches are to be played at the same venue. Maharashtra Cricket Association Stadium in Pune will host the matches behind closed doors where no spectator will be allowed due to the current increase in Covid-19 cases.

In the last two ODI series that India played, the team toured Australia and NZ. However, courtesy of a mixed show on both occasions the men in blue ended up being on the losing side. In Pune, India has played 4 ODIs out of which they won just two, with one of the wins coming against England 4 years ago.

Although the Indian team looks solid on paper, the poor show of KL Rahul at the top of the order during the recently conducted T20 series has caused a selection dilemma before them. It would be a hard time for the team management to select the final XI for the ODI series.

While Rohit Sharma and Virat Kohli opened the innings for the last T20I, the Indian captain will not prefer doing that in the ODI series as well. In addition, there is already experienced Shikhar Dhawan in the side, so there are no worries as far as the opening pair is concerned. Rohit and Shikhar Dhawan are likely to open the innings, with another contender for the opening slot, KL Rahul, struggling with the bat.

Virat Kohli as always will bat at no. 3 followed by an in-form Shreyas Iyer at the next position. Rahul did a magnificent job with the bat coming in the middle order in the last two ODI series. At the same time, as a full-time wicketkeeper, he donned the keeping gloves nicely. Although Rahul has the full backing of team management, the poor show in the first 4 matches of the T20 series might go against him.

They will be tempted to play an in-form Rishabh Pant as the first-choice keeper. Both of them in the playing XI is an unlikely situation as Hardik Pandya might not yet be fit enough to bowl 10 overs. Rishabh Pant or KL Rahul, whoever the team decides to go with would occupy the position of no. 5.

All-rounders : Hardik Pandya and Krunal Pandya can feature in the playing XI of India vs England

Hardik has had a good T20I series against England both with the bat and ball. Given the fact that Hardik can now bowl a few overs for the team, India might play his elder brother Krunal too. He may take the role of attacking spin bowling all-rounder who can play big shots at no. 7, which Jadeja used to do before the injury. Krunal Pandya can bowl a tight line and with the form he has shown in domestic cricket of late, he gives depth to the batting as well. In case he plays, Kuldeep Yadav

Advertisement
is likely to remain on the sidelines.

The last time both the teams locked horns at MCA stadium, England posted a total of 350 runs which was chased successfully, with few balls to spare at the end, by the Indian side. Also, the average score at this ground has been close to 300, so it is more likely to be a high-scoring encounter. So, India would like to go in with three pace bowling options and a spinner, with Pandya Brothers sharing the overs of the fifth bowler.

Krunal Pandya and Yuzvendra Chahal are likely to take care of the spin department, whereas Bhuvaneshwar Kumar and Shardul Thakur are most likely to lead India’s pace bowling attack. T Natarajan, who had a brilliant series in all the formats on the Australia tour, would be an obvious choice for the third seamer. Natarajan didn’t feature in any of the T20 games except for the last one but if he is fit, with his ability at the death he makes it in India’s playing XI for the England ODI series. 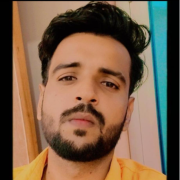