One of the most well-known voices in the game, 67-year-old Holding, has now decided to retire from the job. He had been contemplating this for a year or so. Talking on the Mason and Guest radio talk show in Barbados a few months ago, he had said, “I am not too sure how much further than 2020 I will be going with commentary. I cannot see myself going much further down the road at my age. I am 66 years old now, I am not 36, 46 or 56.”

Holding, after picking 249 wickets in 60 Tests and 142 scalps in 102 ODIs for West Indies, started commentating in 1991. He started with Trans World International and then moved to Sky Sports, for whom he had been working for around twenty years now. He had also said, “I told Sky that I could not commit to more than a year at a time. If this year gets totally destroyed, I might have to think about 2021 because I can’t just walk away from Sky, a company that has done so much good for me.”

Ian Bishop reacts to the development

Much younger than Holding, Ian Bishop is also known for his terrific inputs in the com-box. Bishop posted an emotional goodbye as Michael Holding’s retirement news came out. The Trinidad born player said, “From the very first day I met him, Michael Holding has always been kind, understanding and encouraging to me; even when I messed up. I am privileged to call him a friend and mentor. I will celebrate and be thankful for the teachings he brought.”

From the very first day I met him, Michael Holding has always been kind, understanding and encouraging to me; even when I messed up. I am privileged to call him friend and mentor. I will celebrate and be thankful the teachings he brought.

Although commentatory might seem a straightforward profession at times, without them, it has hard to get involved in a game. Hence, the role of commentators in cricket is extremely important. 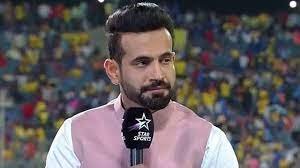